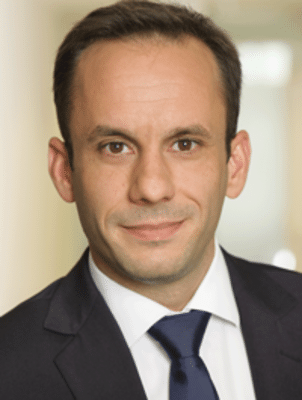 As per January 2018, Gerd Marlovits will be the new managing director of EDITEL Austria and as such the successor of Peter Franzmair who will retire after more than 30 years dedicated to Electronic Data Interchange (EDI). Gerd Marlovits has been with EDITEL for as many as 15 years and his previous position was director of marketing and sales with sole power of attorney.

Gerd Marlovits knows the EDI business inside out. During his entire career, he has considerably helped develop and shape our company, combining experience and consistency with the spirit of innovation we need. I am convinced that with him at the top of EDITEL, the company will continue its successful path, offering the very best EDI services to our clients, said Peter Franzmair.

Peter Franzmair held executive positions during his entire career, starting out as a project manager for EDI and then, from 2002, as a holder of power of attorney at EAN Austria (subsequently GS1 Austria). When EDITEL Austriawas established in 2008 as a subsidiary of GS1 Austria, Peter Franzmair accepted the position of managing director. In addition to his lifelong professional passion, EDI, Mr. Franzmair also worked as an ECR manager during the early days of the ECR initiative between 1996 and 2000. Also, for more than 20 years, he was the editor in chief of the company newspaper GS1 Info since it was first published in 1986. Under his guidance, EDITEL evolved to become the leading EDI services provider in Central and Eastern Europe.

EDITEL Group, headquartered in Vienna, has other subsidiaries in the Czech Republic, Slovakia, Hungary and Croatia, with a total of more than 100 employees worldwide. Thanks to our company-operated locations and sales partners, EDI services by EDITEL are available in 20 countries and are being used by 15,000 companies across many industries.

The press release EDITEL Austria: new managing director from 1 January 2018 is also available as a download.

©2021 EDITEL
Please activate cookies in your browser settings in order to experience the full scope of this website.
You are currently using an outdated browser causing possible security weaknesses and diminished user experience.
learn how to easily update your browser.