“EDI? I barely notice it’s there, it just works!“ That’s how Martin Lorenz perceives EDI. Mr. Lorenz took the position of director of IT last year, and is now also responsible for all things EDI at the spice producer Kotányi. The level of responsibility associated with EDI doesn’t become evident until one looks at the volume of data processed via EDI every year.

At Kotányi, this amounts to an average of 250,000 EDI messages per year, which are exch­anged via the EDI platform eXite by EDITEL. For Kotányi, the top priority is speed because orders need to be filled within 24 hours. Any orders (OR­DERS) received by 11 a.m. are delivered the same day. More often than not, these orders can include more than 150 different items, as Martin Lorenz explained: 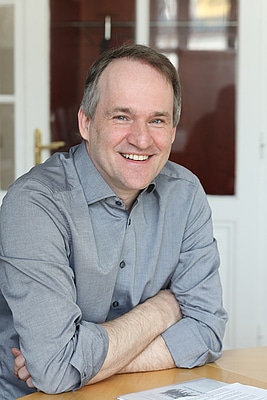 “Without EDI, it would just be impos­sible to process these orders in such a short period of time.” When it comes to Electronic Data Interchange in the company’s export business – after all, Kotányi exports 71% of its total production – the company is also a true EDI pioneer. Kotányi exch­anges messages via eXite with a total of eight countries. In addition to Austria, they work with Germany, the Czech Republic, Croatia, Hungary, Poland, Slovenia and Slovakia. Internationally, things also run smoothly according to Mr. Lorenz:

“Throughout Europe, we mostly deal with the same retail chains, which translates into plenty of syner­gies.” The fact that all countries operate centrally via a shared ERP system (In­for) is also a great plus.

Support by EDITEL is usually required for system upgrades. In the recent past, these included, for example, the proces­sing of invoices (INVOIC) and credits via EDI in Hungary, e-signature in the Czech Republic and the introduction of receipt advices (RECADV) for Spar in Slovenia. In the majority of cases, it is the client who defines these special EDI requirements.

“We do everything in our power to implement such client re­quests within one to two weeks,” said Martin Lorenz.

When it comes to the company’s own employees, Kotányi is also very innovative in the area of EDI. One case in point is buyIT, an online order portal by EDI, that Kotányi uses for its field service employees. It allows them to process orders online while still at the client’s or shortly afterwards using a PC or a tablet, which, according to Mr. Lorenz, “gives our field service employees a good overview about the current orders.”

Asked about future upgrades and im­provements in the area of EDI, he belie­ves the largest potential lies in payment processing, which is why he plans to encourage the introduction of remittan­ce advices (REMADV) in the future. Generally speaking, what counts for the new director of IT is “simply that ever­ything runs as smoothly as before because we cannot afford to not deliver our products even for one single day.”

Now and in the future, the “secret in­gredient” EDI will make sure this won’t happen.

A day at Kotányi by the numbers 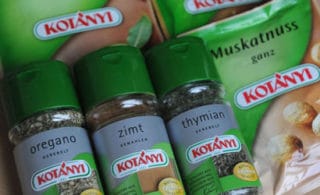 Founded in 1881 in the Hungarian city of Szeged, Kotányi is one of the most successful family-owned businesses in Austria. In addition to being the market leader in Austria, this com­pany specialized in spices also ranks among the top brands on the market in 20 countries in central and eastern Europe. After increasing its sales by 5 percent to reach 165 million euro in 2018, Kotányi continues to grow. Headquarte­red in Wolkersdorf in Lower Austria, the com­pany has 570 employees.