DESADV: one for all, and all for one

It all started ten years ago with the introduction of a simple web EDI solution for a single customer. Since then, the Slovak company Rajo, a subsidiary of the German dairy product manufacturer Meggle, has grown into an internationally renowned company. As the production volume increased, the EDI infrastructure also grew. Years ago, Rajo traded its web EDI solution for a cloud-based EDI integration solution that is now also being used by Meggle subsidiaries in the Czech Republic and Hungary. Every month, Rajo sends and receives roughly 50,000 EDI messages with more than 50 business partners in many countries and then processes them automatically in its dedicated SAP system. These messages include electronic orders, despatch advices, invoices and other logistics-related information. 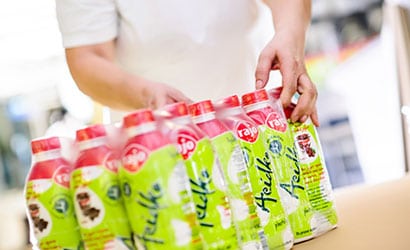 The Meggle Group has now created a new distribution network that goes all the way to Italy, Slovakia, Germany and Austria. Patrik Krissak, Logistics Project Manager at Rajo, commented on the project: “We were looking for a fully automated merchandise delivery process via EDI from the manufacturing facilities of Meggle subsidiaries Rajo Slovakia, SalzburgMilch Austria and Meggle Germany for Meggle Italy and its logistics partner DACHSER. Since we had already expanded the existing EDI infrastructure with our EDI partner of many years, it made sense for us to entrust them with this project,” said Mr. Krissak.

“The challenge was to connect all five involved partners as efficiently as possible via EDI and to allow for smooth and need-based merchandise delivery. The most important tool to achieve this was the integration of the electronic despatch advice, DESADV”. Štefan Sádovsky, managing director of EDITEL Slovakia

These despatch advices are now created automatically in the supplier’s SAP ERP system, transferred in real time via eXite®, the EDI service by EDITEL, to Meggle Italy and DACHSER and then automatically processed in their ERP systems. This approach helps detect delivery-related mistakes immediately and correct them, which saves time and money and makes the underlying invoicing process easier than before.

“Thanks to the technical expertise of EDITEL we were able to quickly and easily centralize complex data flows between several plants and our subsidiary Meggle Italy and to integrate our external logistics partner DACHSER in no time. EDITEL is our first choice for EDI projects now and in the future.” Patrick Krissak,  Logistics Project Manager at Rajo