e-invoices to the federal government via eXite 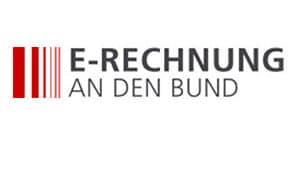 According to the Austrian Ministry of Finance, approximately 30,000 contractual partners issued more than 765,000 e-invoices to federal agencies in 2014. More than 100,000 e-invoices have been issued so far in 2015. One in every 15 automatically issued invoices sent to the federal government by its suppliers relies on eXite®, the EDI platform by EDITEL.

The software company EDITEL is an official partner of the Austrian Economic Chamber and in this role assists companies in the implementation of e-invoices to the federal government. EDITEL’s services in this area include conversion service, automated notifications as well as the legally compliant archiving of invoicing data.

Please note: remember that invoices issued in versions ebInterface 3.0 and 3.02 will only be accepted until December 31, 2015. Versions 4.0 and 4.1 (the latter are already in use for EDITEL conversion services) will continue to be valid for sending e-invoices to the federal government.