EDI (Electronic Data Interchange) has evolved into the digital backbone of procurement of goods processes. The EDI platform eXite® is one of the largest EDI networks with international reach. Its origins date back to September 11, 1986. That day, following an initiative by what was then EAN Austria (now called GS1 Austria), the “First Meeting of the Order Data Clearing Working Group” took place at the Austrian Federal Economic Chamber (WKÖ). According to EDITEL’s managing director Peter Franzmair, who was formerly the data clearing project and working group manager, the original goal of this group of retail and manufacturing experts was the electronic exchange of time-sensitive orders. This quickly evolved to include the automation of all replenishment processes (orders, despatch advices, invoices, etc.). The result was the data hub ECODEX (Electronic Commercial Data Exchange) that became operational in 1987. 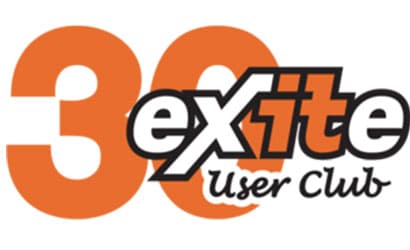 This was how the working group turned into the “USER CLUB“ with the goal of having users play an active role in all development. “The feedback we receive has always been the basis for all our innovations,” explained Franz Humenberger, Director of Operations at EDITEL. Peter Franzmair stresses the continuity of the User Club by adding that “many companies who participated from day one have stayed with us for many years.” One of them is the retail corporation SPAR Austria.

Hermann Hadner, EDI manager at SPAR and an active member of many years, comments on his company’s involvement:

“For many years, the eXite® User Club has been the ideal platform for optimizing and enhancing processes in the Austrian retail business. Here at SPAR we are excited to have been an active member of the User Club since its inception.” Thomas Putschalka, EDI manager at MARS Austria, represents one of the manufacturers and has also been an important driving force in the Club: “Thanks to the eXite® User Club, we successfully created a standardized procedure for Electronic Data Interchange (EDI) in the Austrian retail business that reaches all business partners. To this day it is an important efficiency driver in the supply chain process, including for us at MARS Austria. Another thing worth mentioning is the high reliability of the underlying service.” This service, today known as eXite®, is the predecessor platform of ECODEX and in 2004 laid the groundwork for a new EDI communication era. The eXite® platform is operated by EDITEL, a fully owned subsidiary of GS1 Austria, founded in 2008. Currently, 15,000 businesses around the world use eXite® with a total of more than 300 million transactions per year.

Electronic Data Interchange (EDI) is the exchange of electronic business documents between business partners. As such, EDI can be considered part of e-commerce, also called e-business. Among others, EDI is used to exchange order information between retailers and manufacturers as well as for invoicing purposes. In addition to these basic processes, additional business transactions can be taken care of with EDI, for example goods receipt messages, despatch advices and inventory reports. With a total of 31 standardizes message formats, Austria leads the world in terms of EDI users. Users include retail corporations such as REWE, SPAR, dm and METRO as well as manufacturers such as Coca Cola Hellenic, Henkel, Beiersdorf, just to mention a few.

About eXite® Via its EDI platform eXite®, EDITEL offers a wide array of services, ranging from EDI communication all the way to EDI integration, Web EDI for SMEs, e-invoicing solutions, to digital archiving and business monitoring. Backed by 30 years’ experience and expertise, our team will make every project a resounding success.

Benefits of EDI communication via eXite®