Have a good trip with the EDI standards

Useful background information about the “Esperanto of the 21st century”

Have you ever googled EDI standards? If you have, you probably came across terms such as EDIFACT, EANCOM, ODETTE, and GS1 XML. After reading the explanations, you might still have wondered what these terms actually mean. No worries, things are actually not as complicated as they seem. Just think of EDI standards as languages used by ERP systems at companies that rely on Electronic Data Interchange (EDI) to communicate with the entire world. Let me be your personal “interpreter” on this “EDI language trip” and get ready to discover the great advantages EDI has in store for your company.

1.    Preparing for our trip: a short historic overview

EDIFACT’s international success started back in 1987. Back then, nobody less than the UN had published this multi-industry ISO standard that all companies in the world have been able to use for free ever since. As early as in the mid-90s, more than 100 message types were available. Today, a total of 198 message types are available. And yet, sometimes less is more.

In the EDI language, “message” can refer to orders (ORDERS), despatch advices (DESADV) or invoices (INVOIC), among others. These terms are always abbreviated with six letters that go back to the English terms. By the way, the examples mentioned above are also the ones that are most commonly used. There are also EDIFACT message types that are rarely used in practice.

The global GS1 community has helped increase the practicability and user friendliness of EDIFACT. In the late 80s, it reduced the number of message types to 49 and relied on these to create a new standard called EANCOM, which is a nod to the former company name of GS1, EAN Austria (EAN + Communication). 32 of these 49 message types have been implemented in Austria alone. Business partners exchange such messages on a permanent basis via eXite, EDITEL’s platform.

However, EANCOM is just one standard among many available worldwide today. National and international GS1 networks work to take this standard to the next level.

3.    Personal travel documents: vendor has information about the standard

Let’s assume you are a small or medium-sized manufacturer of produce or other consumer goods and you would like to be a supplier for a large retail company. In practice, the retail company will require you to exchange business documents such as orders, despatch advices, and invoices with them electronically in a specific EDI standard such as EDIFACT, EANCOM, or GS1 XML. It is usually the same “language” that the specific retailer uses to communicate with other business partners as well.

In most cases, retailers provide even more detailed specifications for the standard. Let’s assume the retailer calls the standard “ECR EANCOM Austria Version XY.” As a first reaction, most suppliers will quite understandably not really know what these terms are all about because they have never been exposed to them. This explains why many companies subsequently turn to me or to my colleagues at EDITEL. Sometimes, even the retailers themselves recommend that their suppliers get in touch with us. This decision for a layover is great because we as a partner of more than 20,000 companies know a lot about what specific (retail) companies require. We then ask manufacturers a very important question.

4.    Travel check before takeoff: what ERP system do you use?

To be able to exchange data electronically with other companies, having an ERP (enterprise resource planning) system is a prerequisite. Therefore, the following is an important question: what ERP do you use? Actually, there are many more options out there than you might think. They run the gamut from SAP, Oracle, SAGE, Microsoft Dynamics, BMD, Myfactory all the way to Odoo, to name just a few. Certain features such as an import and export interface are also required for EDI.

Via interfaces, data then gets exported from the manufacturer’s ERP and turned into the “EDI language” used by the trading partner with the help of so-called “converter” software. Via a virtual data hub, all data is then forwarded to the manufacturer’s interfaces using an internet connection. Once the data has reached the retailer, it is once again converted to be incorporated into the retailer’s ERP via interfaces. Thanks to standardized entry fields, retailers will receive exactly the information they need. The entire process takes just a few seconds and no “dictionaries” are needed.

To transport data in the desired EDI standard “language,” a data hub as mentioned above is used. This data hub is called eXite. After all, this is not random data, but highly time critical and operationally critical information. Therefore, maximum availability, reliability, and security are a must for eXite. For many companies, international reach is a major issue. The “carrier medium” is usually the internet.

To better address industry-specific needs, so-called subsets based on EDIFACT were developed over time. For example, ODETTE and VDA are to the automotive industry what EDITEX is to the textile industry and the EDI standard EANCOM is to the consumer goods industry. The principle is always the same: buyers will tell their suppliers the “language” they need and communication will take place in this language. Here’s a tip: it is highly recommended for suppliers to exchange business documents electronically with their pre-suppliers as well, which is something that isn’t frequently done. To make things easier, the same data format as for communicating with the company’s own clients should be used.

7.    Travel and learn: expanding your horizon about EDI standards

The following example shows how well this quest for a common “language” works: more than 60 countries rely on Electronic Data Interchange based on the GS1 EDI standards. The benefit for users is that they do not have to learn any complicated technical terms or even vocabulary. Instead, they just put the technical procedure in the hands of an EDI service provider. However, it is always important to be familiar with the background. This will allow you to better understand these “languages” and to take the first steps towards an EDI connection.

Has this inspired you to learn a new language right away – EDI? And would you then like to implement it? Click here for information about the first steps to EDI. You can also get in touch with us. Just use the contact box on the right-hand side. 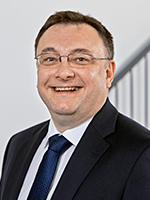 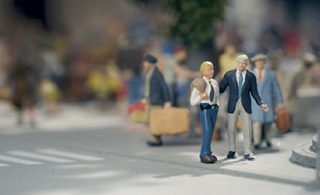