“Do you speak ‘american’ EDI?”

This was the question that the Editel CZ team got from Shawmut, one of the world‘s leading automotive suppliers headquartered in Prague, last year. Since Shawmut was looking for a solution to communicate with their central IT department in the USA, the question was not merely a figurative one.

After all, standard protocols and formats used in EDI communication in the USA are completely different from those used in Europe. For example, the AS2 protocol is used instead of the OFTP2 protocol which is commonly used in Austria. In addition, the format of transmitted documents does not correspond to European standards either. ODETTE standards used in Europe typically include VDA and EDIFACT, while Americans generally use the ANSI X.12 format (American National Standards Institute).

According to Radek Mašek, Jomar administrator at Shawmut ČR, the reason why Shawmut chose to turn to EDITEL CZ with this request was “that most US companies were unable to establish EDI connections between systems that use US and EU standards. In addition, when it comes to communication with our Czech subsidiary, it made sense for us to have an EDI partner based in the Czech Republic, especially in view of the language and time zone.” Ultimately, Shawmut entrusted EDITEL with creating centralized OFTP2 communication processes that would allow Shawmut to send and receive EDI documents through a single point of access. The specification was for documents to be sent via OFTP2 either directly to Shawmut‘s partners or through the company‘s VAN.

For the technical implementation of this project, EDITEL used a converter solution called “EDIREX connector.” This ensures that all data is “converted” to have a common denominator.
This gives all participating parties centralized access in the form of a shared folder for receiving and sending messages. An encrypted channel ensures that data exchange is a secure process. The client was very happy with this solution, especially regarding “the extremely professional approach to this project, which clearly exceeds the traditional standard.” Radek Mašek also emphasized the “massive time savings we achieved thanks to EDITEL‘s direct interaction with our clients.” 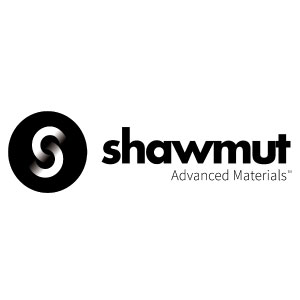 Shawmut C.R. s.r.o., headquartered in Prague, Czech Republic, is part of Shawmut Corporation, the leading supplier of flexible, multilayer materials for automotive, medical, and other applications. Founded in 1916, this fourth-generation family-run business operates worldwide and is considered the largest laminator of technical fabrics in the United States. The company focuses on developing and manufacturing engineered material solutions as well as customer-specific lamination solutions. Shawmut employs more than 700 people worldwide and operates ten manufacturing facilities and seven offices in North America, Europe, and Asia.